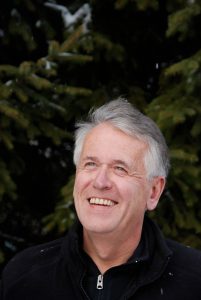 William D. Andrews spent summers in Maine for 18 years until he could find a job to justify a permanent move. That happened in 1989 when he became president of Westbrook College in Portland. The merger of Westbrook and the University of New England freed him to pursue a lifelong interest in writing, supplemented by freelance editing and consulting for nonprofit organizations. He has published three textbooks on management communication. He earned a B.A. in English from the University of Pittsburgh, Ph.D. in American civilization from the University of Pennsylvania, and MBA from Penn’s Wharton School.

He divides his time between his home in Newry and his condo in Yarmouth. He is the past president of the board of trustees of the Bethel Historical Society and a former director of the Mahoosuc Land Trust. When he isn’t tracking Julie Williamson’s adventures, he snowshoes, bikes, cooks, cruises Casco Bay, and spends as much time as possible with his wonderful granddaughter.